2.0 of Nymyr's Sanctum, Kingdom of Westmarch 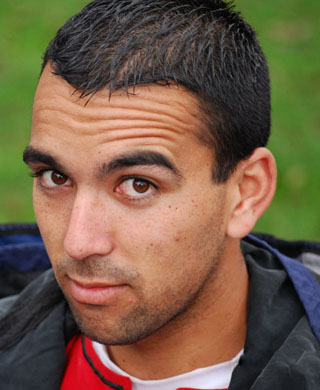 2.0 trying to channel some of Tevas' sex-appeal.

Active-duty Marine. No longer Tevas's roommate, has finally found his own couch to sleep on. Was banned from Amtgard and exiled to Afghanistan by Deimos upon his appointment as Prince of Westmarch.

Was guilt-tripped into Amtgard by old friend Tevas after a deployment to Iraq in 2006. Has since learned to follow in his mentor's steps as a stick jock, but still hasn't been able to master the spins. 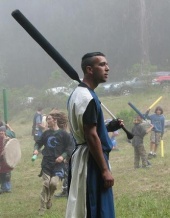 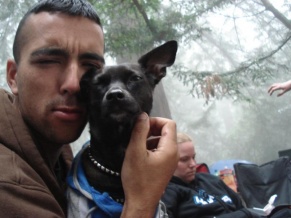 Often (when drunk, so very often) sounds like a cross between a faulty chainsaw and a Vespa going uphill. -Darkshore 2008