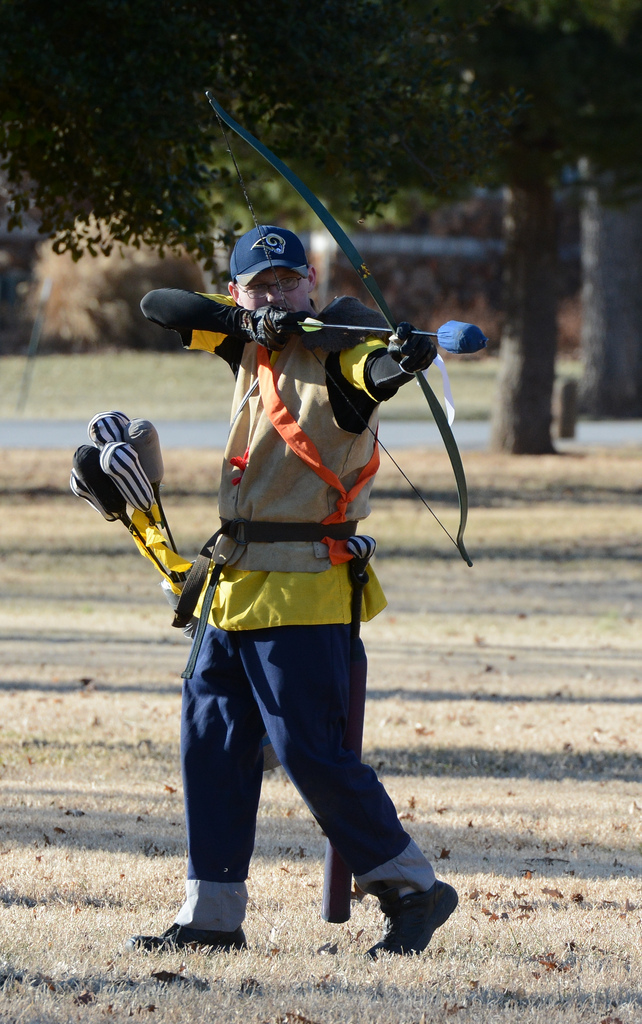 ”I brandish my PM sword at you”

Adric started playing Amtgard in April 2008. He has been residing in the Barony of the Knoblands for the entire time he has been playing.

Adric comes from a humble background. The son of a peasant he was taught at a young age to work hard. His parents taught him to read and to be an organized individual. When he was 20 he was taken into the army and trained to be a Archer. Sometimes his training gets away from him and he channels the fury of the Barbarian.

After his service he decided to move into the political arena. His first office was in 2009 as the Prime Minister. It happened that his father was in office at the same time. His father moved up in the world and became Lord Locofoco. After holding his office until March 2010 he stepped down and went back to being a member of the Knoblands populace again.

In March of 2011, a year from his last holding office, Adric was placed into the Prime Minister office protem of the revived Knoblands Park. He has been the Prime Minister since then and plans on not rerunning for the office in December to let some of the new blood of the Park step up to the Plate.

His biggest accomplishment has been to help the Barony of the Knoblands come back stronger.

For this work in the Prime Minister office Adric received his Master title from Baron Kenshin and most of his awards are from service to the Park.

Adric has gone on and received his Lord title from King Wyldecatt of Tal Dagore. This was for his continued service Prime Minister.

His favorite class to play is Archer. Recieved his Paragon Archer from Commissar Razor.

Squired to Baron Sir Poobah. With the help of Sir Poobah, Adric wants to receive his Knighthood in the Order of the Flame.

Baronet Title: For his service in the office of Baron of the Knoblands

Lord Title: For his outstanding work in the Prime Minister office. Given by King Wyldcatt of Tal Dagore.

Master Title: For his work in the Prime Minster office. Given by Baron Kenshin of the Knoblands.