”I am Death none can excel. I open the doors to heaven or hell.” 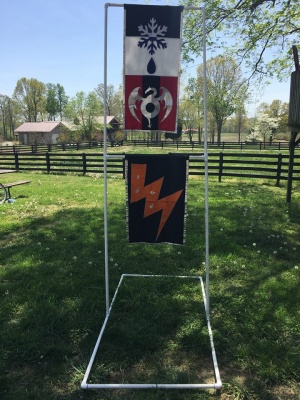 In 4E1469 of the age of men, Agardaeon Eöliôn was born to Fuindoer Eöliôn and a woman of Westernesse whom he would never speak of directly. He spent his childhood as a page of sorts to his father wandering the great wilds of the north. Tracking, hunting and felling the beasts that wandered those lands. Always in the company of his father or Dúnedain rangers of Arnor.

Three weeks and two days before his coming-of-age, he has with a detachment of Rangers who were ambushed by a party of Uruks and a Troll. In the darkness he survived the the massacre by allowing the blood of his comrades to cover him in the failing light. The Uruks set up camp around the bodies they had piled intending to examine their spoils after defending against any other Rangers in the area. During the night, Agar slipped about the camp and killed the Uruks through stealth one-by-one. The final Uruk chieftain saw him, and just as The Half-Elf's blade entered his eye, the Orc alerted their cave troll. The troll charged with it's spear catching Agar's side before the fire blast Agar cast consumed the troll.

The troll battle had left him badly wounded. He was found by three days later by another group of Rangers who had been sent to find his former comrades. Not knowing the men, he eluded the Rangers for eight days. At one point, the rangers believed they were pursuing a wraith not a creature of flesh and blood. Once they caught him they were referring to him as the shadow. The sight of the accumulated blood caked on him combined with this legend to form the name he took at his coming of age. Agardaeon Eölîon which means the Blood Shade, Son of Eöl.

As a young adult, he learned the secrets of forging galvorn from his father. In completion of this training he forged a cuirass and a shield for himself. Shortly after, he left his fathers company and traveled on his own.

Agar was traveling through the wastes of Old Mordor when he chanced upon Migal the Mad Healer. Migal spoke a foreign tongue to Agardaeon who was a great student of the languages of Arda. Speaking of a great quest for Nyx (whom Agar took for a foreign name of one of the Valinor) of diplomacy, Migal convinced Agar to render aid. Agar and Migal used magic to communicate, but Agar also slowly learned the Healers odd language while on their quest.

Far in the north, they found the end of their quest .The greatest peak of the northern range. Here, to Agar's dismay, a representative of Melkor the Black met them. Nyx was no Valinor it soon became apparent, but She was an Equal to Melkor from an entirely unknown realm!

Reeling from this news, Agardaeon had just enough sense to shield himself and Migal before the representative claimed Nyx's peace offering... them!

The Foe's magic struck the barrier of Agar with tremendous force. In his haste, the Elf had failed to ground them. Instead of shattering from the blow, they were cast from Arda into yet another realm in a vast wilderness.

Soon, they discovered in the Shire of Mechia nearby where Agardaeon served the monk Anomaly Stratic of the cow gods and Baret Bloodstone the Sheriff under the name Aegis. Agar learned this new Realm was called Amtgardia. During this time, he fought in the war of the Season Stones under General Kataan Iscariot.

Before long, Agardaeon continued his travels and arrived in the lands of his former general Lord Kataan Iscariot Baronet of the Barony Dragon's Hollow. He began to add the knowledge of this realm's magic to that he already possessed of Middle-Earth's.

Shortly after arriving, Vashiren assumed the title of Baron and appointed Agardaeon his Champion. Agardaeon filled this role for the barony as well as serving as a Guild Master for Warriors and Wizards. The young monk Horforia Zenro and Agardaeon formed a fast friendship and travel to battle the Goblin Big Ear for the Principality of Winters Edge for General Frank Avalia. It was in this season that Agardaeon resumed using his true name.

The reason for his exile from Middle-Earth was never forgotten, but with his new knowledge and skill, Agardaeon now had the means to return. He found everything much as he had left it. Except, the dwarves of Erebor had made a startling discovery. The ancient Arkenstone had been damaged and it was found to contain a radiant gem. It's perfection as water and its glowing like the sun.

Many had been speculating in Arda on the origin of such a formation, but Agar still carried the knowledge of his people. It was a Silmaril. One of the great three jewels of Feanor! This news troubled the half-elf, but tidings of Dragon's Hollow reached his ears.

On returning to his post as Champion of Dragon's Hollow, he found Melkor had twice confronted the heroes of Dragon's Hollow. Once, by drawing them into his prison in the void. The Hollowers had found themselves in a labyrinth of the Enemy's design. There they had stumbled upon another Silmaril. This one had been stolen from the Skies of Arda by Melkor. They bartered it back to Melkor for their return to the realm of Amtgardia, but the bard Lord Rabbit Footlong was left behind.

The second incursion was an assault led by the Baron Vashiren Evernight. He had eagerly sought to repay the insult to his lands Melkor had offered. This time they were able to return under their own power. The Seers and Mages had discovered the lost Bard still alive after three months in the Void. They secured his aid and were able to return with their Monarch before Melkor could show his full strength. This left the rank and file abandoned and alone. Melkor offered them beguiling aid and mercy. He enabled the Barbarian Sethrial the additional power to propel an assassin in the midst of teleporting all the way back to Amgardia. This created an unstable portal home for the remains of the Hollowers force.

However, the Casters of the Hollow feared repercussions of abandoning the rest to their fate. Together the threw every Sperdoinkle and mend spell they could must at the opening rift in hopes of sealing it. Instead, it made the rift stable enough for Melkor himself to cross and escape his prison in the void.

When Agardaeon returned to this news, he was deeply troubled. The reappearance of the Silmaril's had long been foretold in Arda as a sign of The End. Now Melkor had escaped, and he may well seek to forge the alliance with Nyx that Agardaeon had help thwart.

Soon, Agar was traveling far and wide. He relentlessly searched for power, artifacts, and people he could muster to face the doom he felt was approaching more than one realm. For Nyx had shown that the Great Evils of various realms were becoming aware of each other.

His growing strength led to Kelevra King of Neverwinter making him a Paragon Wizard in Winter's Edge (the Principality Dragon's Hollow lay within). Agar took the title Archmage and lay the foundation for the Silmarillion Academy. He began taking Apprentices to share the power he had obtained.

Ever vigilant, Archmage Agardaeon Eölîon the Half Dark Elf of Arda dilligently prepares for Dagor Dagorath (the Battle of All Battles) which he believes to be drawing near. 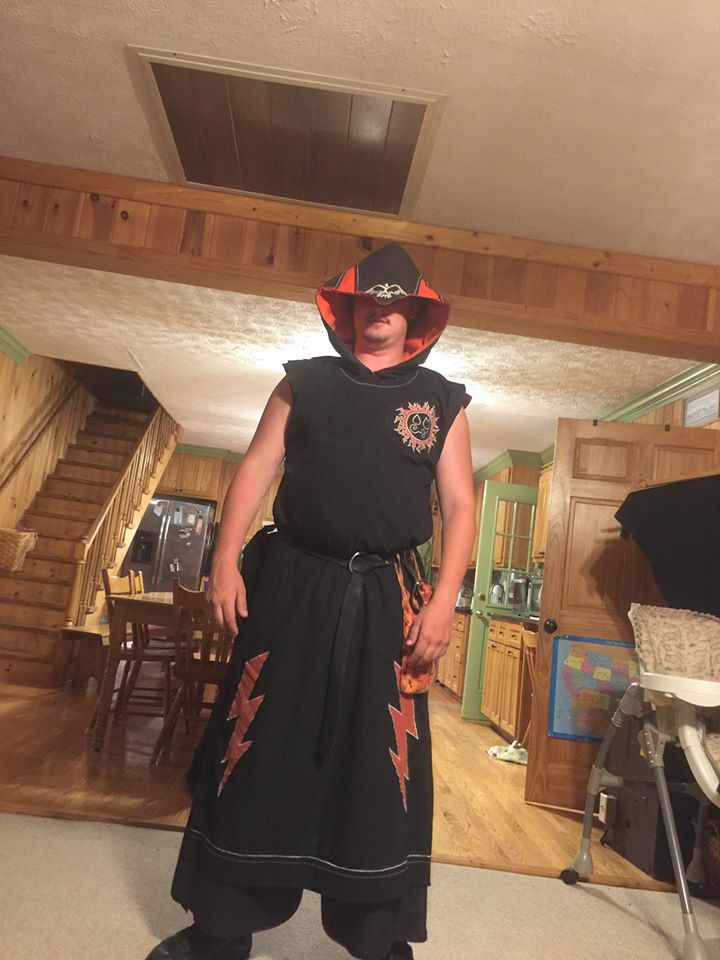