”When you play Amtgard with a tree and the tree wins...You know something is just not right...” 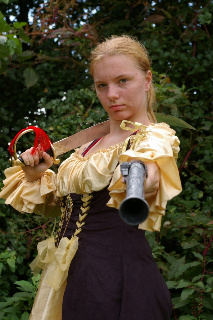 Started playing Amtgard in October of 2009.

Is the real life daughter of Kaje and Coinpurse, niece to Anteries, granddaughter to Caveman and a decent fighter.