Typical Quote: And after 20 years, you too can earn a 2nd Order of the Warrior! 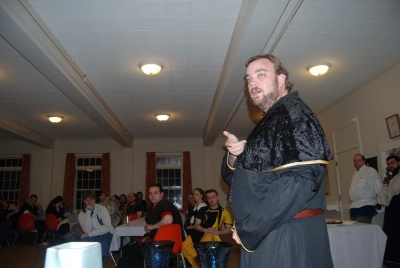 Former 4 time Monarch of Goldenvale, now professional has-been. Most notable achievement was helping convince Goldenvale to evolve from a static crown, to it's not floating crown system, You can find him, maybe, at some major kingdom events in GV socializing and handing out whatever batch of his latest home brewed beer he's recently made. His most popular brew, Gone Questin Ale, will usually be around every Great Eastern. Just ask nicely. Also, he needs a better profile picture. 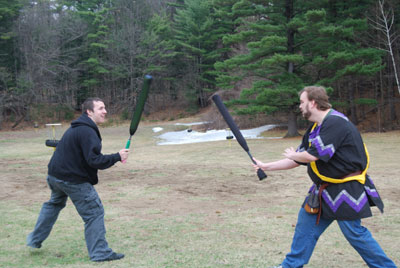