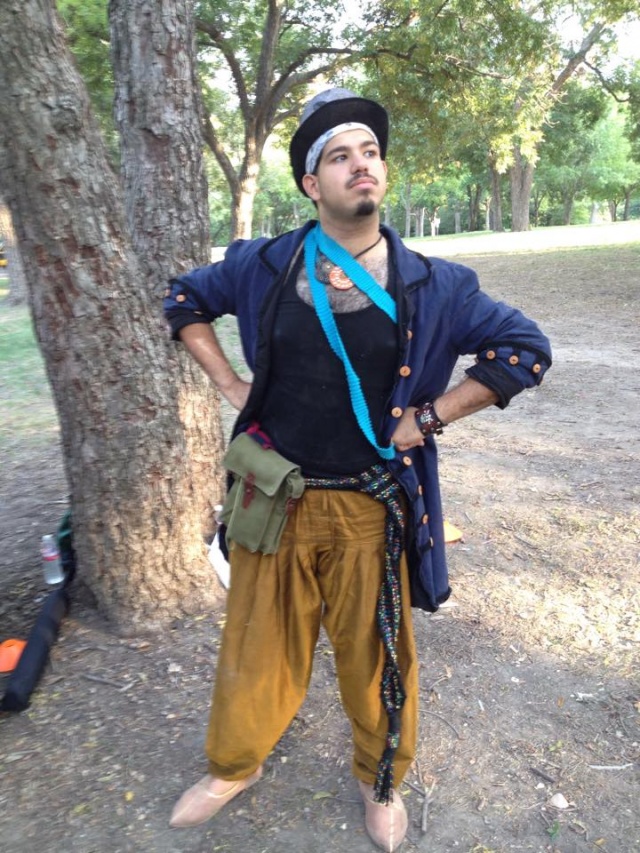 Captaining the good ship Fleshalones, Alphonse "The Winkler" de Oso can often be found sailing from ship to ship along shores of the Emerald Hills and beyond. Although frequently considered pantsless, Alphonse does indeed wear pants: They just happen to be flesh colored and almost skin-grafted. A founding member of Anyanka Armory, Alphonse also runs The Dragon's Den: Treasure Shoppe and Bardic Emporium. He insists that all wares were obtained through lawful means and not plundered from the high seas. .

Alphonse played to role of The Mayor for Midnight Sun's first persona quest. He may or may not have done things that led to the destruction of a town, zombification of the townspeople and the release of a deity of insanity. Under the influence of The Yellow King, the Winkler was temporarily turned into a German Gestapo aiding in the unsuccessful Dwarf Purge in the Midnight Sun. As Baron of Bright Forge, Alphonse has notably stolen Christmas, leading a raid on Santa's Caravan.

Alphonse began the Pirate's Inquisition, a movement to purge the Emerald Hills of the Evil Influence of Cthulhu following the reign of the Axidental King. This was, in a word, unsuccessful, but did lead to the burning of Eagleshire (Not his fault). Following this disastrous endevour, ALphonse served as Inquisitor under High King Borjn Burs Banhammer, and was subsequently betrayed and pantsed (In Alphonse's case that being having pants put on him0 at the Kingdom raid on King's Point.....which was also unsuccessful. Having learned the error of his ways, Alphonse is slowly learning to be a team player, taking the role of Grand Maestro of the Bard's College, in Good Standing in his other Guilds of Merit, and is currently a Justicars Petitioner.