ANNIHALUS is a Fighting company based in Amtgard. In the year 1990 Sir Theo Blackflame and Sir I'magg Nifeasant manifested their dream of becoming the ultimate fighting force in Amtgard.

Since then the company thrives to better itself and encourages its members to excel in any or all of the areas of Amtgard they take a liking to. The symbol of ANNIHALUS is a white patch with a black border containing a dark grey cloud with a lightning bolt coming from the bottom. By doing what we do best, we drive fear into the hearts of king and pauper alike, unmatched by any in Amtgard. To those who say different, look to the heavens . . . the storm is coming . . . 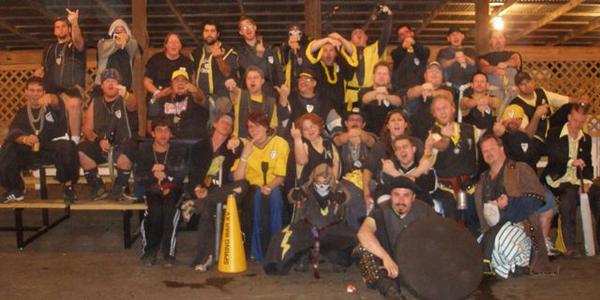 To see information on other Amtgard companies look here.