Arco began playing in 2014 becoming a member of Iron Springs in the Principality of Winter's Edge of the Kingdom of Never Winter. She has since taken serious interest in the Arts and Sciences as well as improving her archery. In the Spring of 2017, she stepped into office as Principality Regent and soon became our first Kingdom-level Regent after Winter's Edge's promotion at Clan. Arco received the noble title Baroness in 2017 for her successful term. 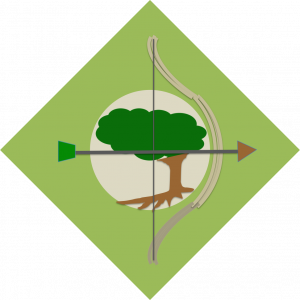