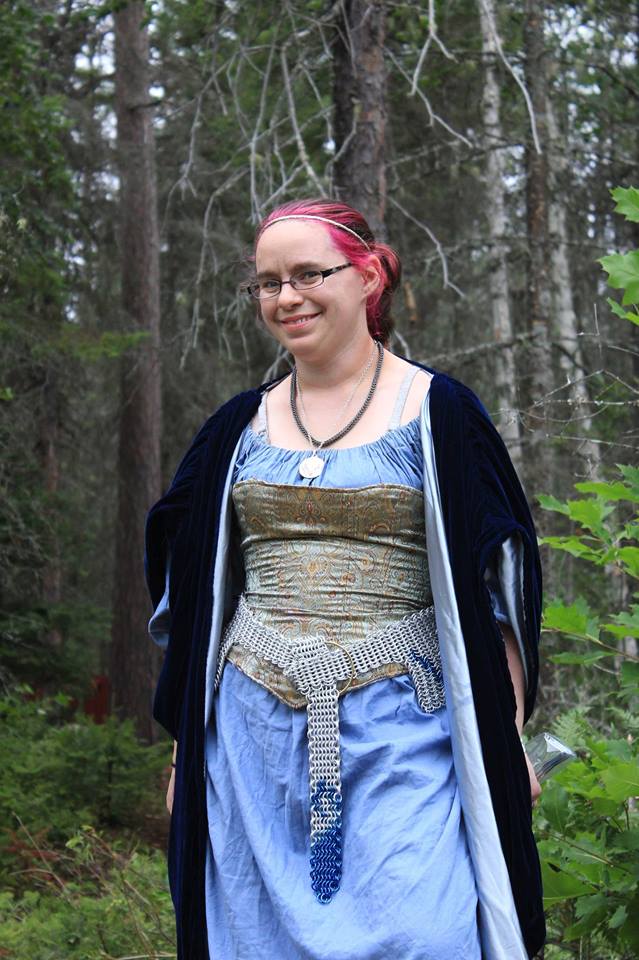 Ascli began playing in August of 2007 and soon gained fame in Caradoc and some of the Northern groups for her start in Amtgard, due to the fact that she went to three events before the end of her first month of playing and fell straight into playing like it was her job. She quickly became very active in Caradoc and Northern Amtgard, being one of the most frequent travelers among the different Northern groups, and is now active in Wolvenfang. She's also known in the north for her talents with face makeup, and is in high demand at events for working with NPCs to help them look more badass. In February 2011, she was awarded the first Viscountess title handed out in the north for her 2 terms as Ducal Consort. She has continued to serve both Wolvenfang and the Nine Blades in various offices since.

Ascli married Cy in August of 2009. She can often be found NPCing in his quests, and chained to his sewing machine making his garb. Their daughter was born in September of 2015, and attended her first Amtgard event at 3 weeks old. She currently spends most of her time cultivating her talented belted family and supporting them in their endeavours. She can also be found wandering quests and slaying monsters. 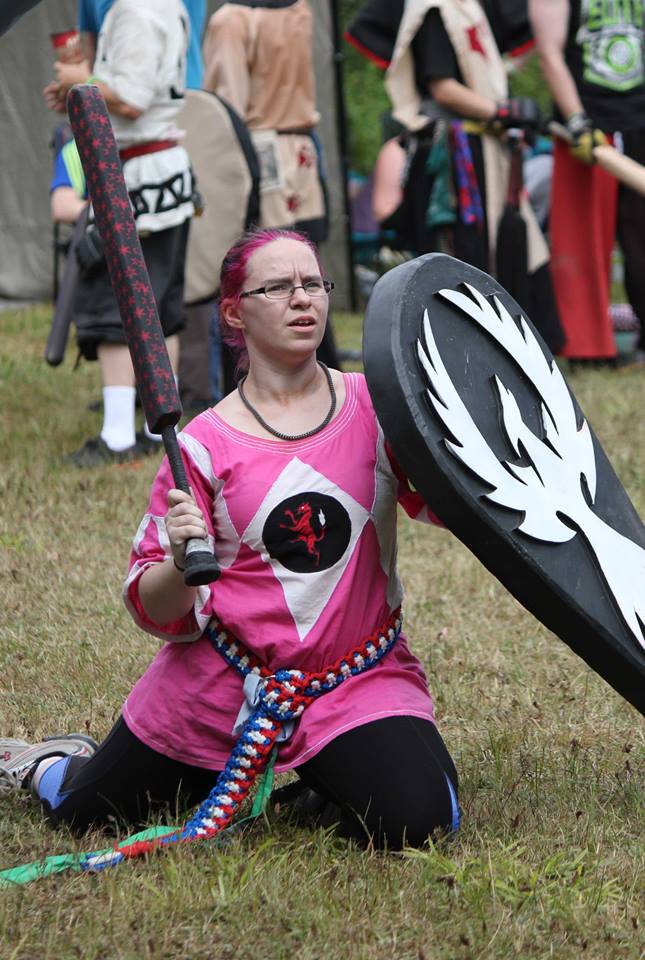