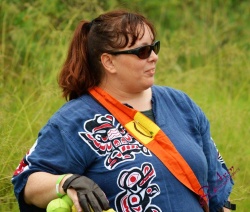 ”Some complain because the roses have thorns. Others give thanks because the thorns have roses.”

Started in Shrouded Valley in 1994. Continued to play within the Kingdom of the Valley of the Silver Rains (VSR) until it merged with the Kingdom of the Mystic Seas. Moved to the Seattle area in 1999 and transferred to the then-Barony of Inland Ocean. Moved again in 2001 to the Olympia area and transferred to the then-Duchy of Greenwood Keep. In 2002, moved to Texas and went on hiatus for approximately 9 years and attended Amtgard in the Shire of Hero's Pass in the Celestial Kingdom. In 2018, she moved back to the Pacific Northwest and is currently part of the Barony of Obsidian Grove in the Kingdom of Blackspire. 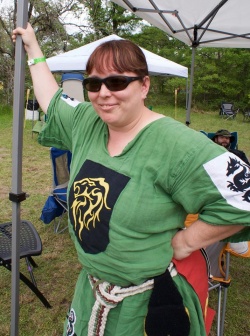 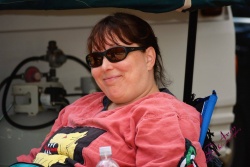