Lady Dame Awendela Yilane, of Wolfheim of the Principality of Polaris in the Kingdom of the Rising Winds 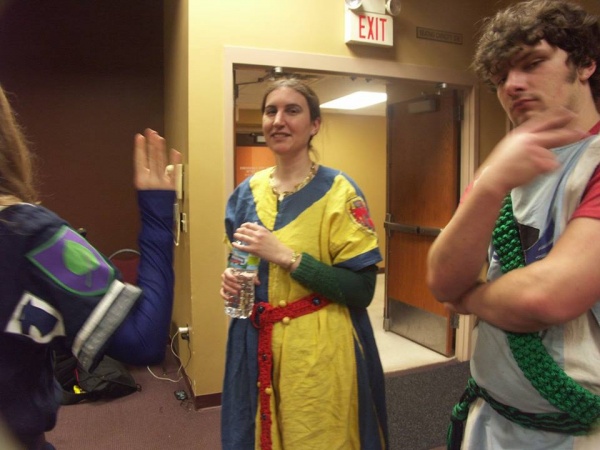 Awendela started playing Amtgard in 2013. She jumped right in to playing Healer and then made various arts and crafts for tournaments before finding her calling in the service aspect of the game.

In addition to serving as Prime Minister for Wolfheim and later the Principality of Polaris, she ran the Wolfheim Meetup group, participated in ORK and AmtWiki updates, and created an ORK user's guide for local PM's.

Awendela continues to contribute to Polaris and Rising Winds by assisting or running events. This can range from teaching a first aid class for RW, to serving as Gateocrat at GAC, to spending hours leading teams in a dungeon crawl for the Polaris event Dungeon Day. Her main focus now is in organizing/assisting/running feasts for Polaris, Rising Winds and Keep on the Borderlands.

A member of Roger's Raiders.

Knight of the Flame, bestowed by Kaadiart Hearts AnaMayn, in Rising Winds - 8/23/2016

Promoted to member of Rogers Raiders, Keep on the Borderlands 2014

Assist in Rogers Raiders win of Keep on the Borderlands, 2014

Master Rose awarded for Keep on the Borderlands main Feast, 2015

A stylized hawk flying at a rabbit over a field of snow with a sun/sky background, this heraldry is a nod towards her other pass time, falconry. 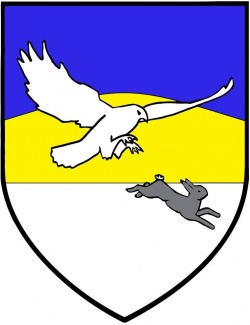 Awendela with the Raiders at Keep on the Borderlands IV, 9/2013. 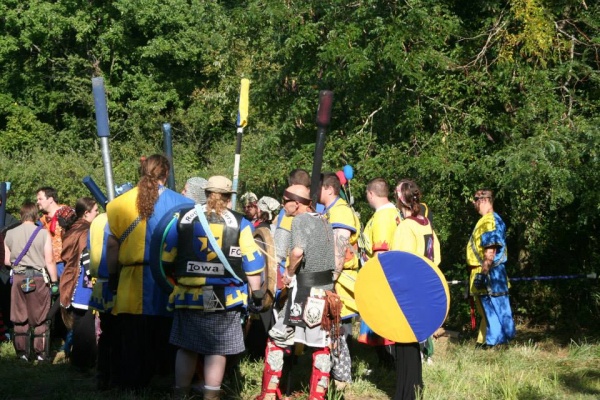 Awendela as a secretary for Lex Luthor, preparing to lead a team of Villains through Arkham Asylum, Polaris Dungeon Day, 2/2015. 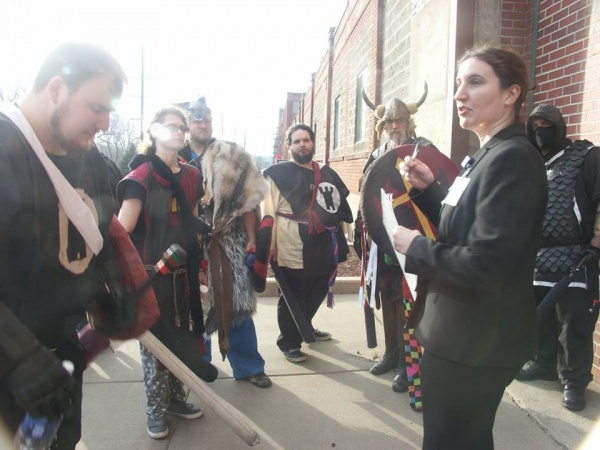 Group picture of Polaris, service Keep on the Borderlands, 9/2015. 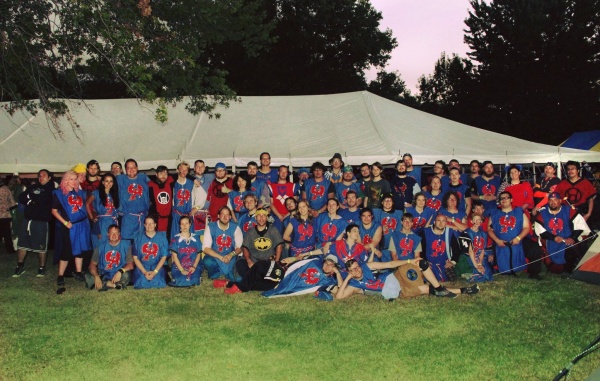