”Basically people were saying that waivers give people the ability to punch another waivered person and it not be a crime. I said no.” 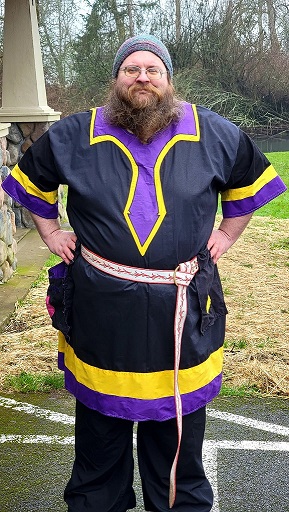 Baelnorn started Amtgard in 1999. He was a founding member of the Newberg, Oregon group Sylvan Fenn; he held numerous offices while the group was still active. He spent time in the holding of Dragons Forge before becoming a member of Silvermoon.

Since the beginning of his Amtgard career he was known for hosting feasts, both at the holding level and at the kingdom level. Nine out of his ten roses were awarded for running kingdom level feasts. He was also was given the title Master Chef in March 2008 in recognition of his cooking talents and for winning the Iron Chef cooking competition organized by the Kingdom of Blackspire.

He's ran several instances of the campout Winterbash as both lead crat and co-crat. He has Co-crated Pacific War. He is one of three founders of the story driven 4 day campout Shattered Kingdoms. He's been the lead crat for Shattered Kingdoms each year starting at its founding in 2015.

He became a Knight of the Flame at Pacific War in September of 2014. In the following summer he ran a feast at the two biggest events of Northwest Amtgard, Rosewood and Pacific War as well as the new event the Shattered Kingdoms.

He is also a founding member of the service household, House Gravy in 2001 and the driving force for a revitalization of the household starting in 2015.

He was unofficially given the title of Death Lord of the Harbingers by Dalos at an after party at the Feast of Mars 2018 event in Westmarch.

On June 22, 2019 he received the title of Archduke which was given by Aurora Selene.

On January 18, 2020 he received his Master Crown which was given by Akryn.

On the 15th of May, 2020 Baelnorn assembled the beginnings of his noble house and took the surname of GOLDENAXE! 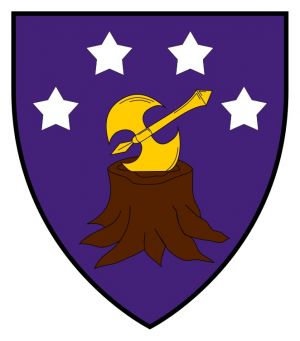