Lord Squire Bai Hu is married to Lady Squire MacgyverPV and is the proud papa of Page Kierra Tul and Kriv the Foreboding. His kids discovered Amtgard at the Celtic Festival in Albuquerque, New Mexico in May of 2013 and kept bugging him to bring them out. It took a while for him to get it through his head that having teenagers that actually wanted to do something with their parents might be a good thing, and gradually began showing up and making stuff and eventually in January of 2014 he started fighting and participating in Battlegames. He has since fallen head over heels into the game, working hard to become a the oldest person to take the title Warlord, serving in office regularly since taking over Prime Minister duties at his park in November of 2014, starting a household for his family and friends called Fenice, joining the fighting company Wheel, being belted first as a Man-at-Arms to Squire Balder Lance Stroke and now being squired to Sir Randall Andalsa. Bai Hu regularly stops to look at all of the awesome that flows into his life because of the incredible people he has met in this game. 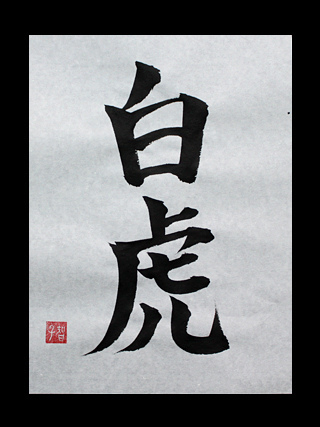 The Kanji for Bai Hu (Mandarin Pronunciation) or Byakko (Japanese Pronunciation) mean White Tiger. The Japanese refers also to a deity imported from China called the Defender of the West. Royce chose this name because he had the second character tattooed on his chest when he began Amtgard. Tiger has been an important symbol of personal power for him for many years, and after coming across the mythology behind the Kanji in two languages, he created a character who is a displaced southern European baby raised in a Tibetan monastery who ends up being called Bai Hu by the other kids because he has a chip on his shoulder. The name served the character well as he wandered Asia and eventually returned to his home in Northern Italy to right the wrongs done to his family, recovering his family's honor and his original name, Giohanni de Lodi. Eventually Bai Hu settled in the picturesque Pegasus Valley to raise a family. There's more, but this is a wiki, so deal. 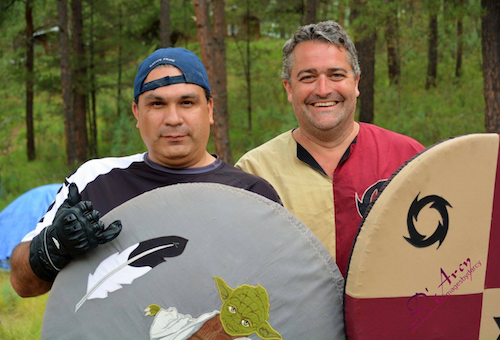 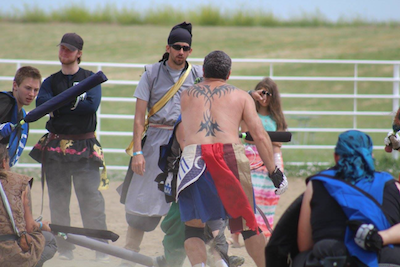 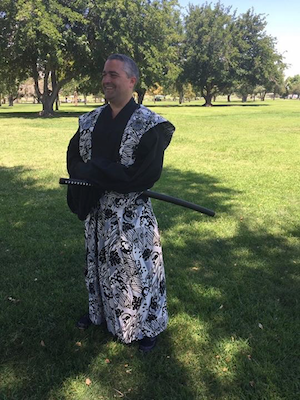 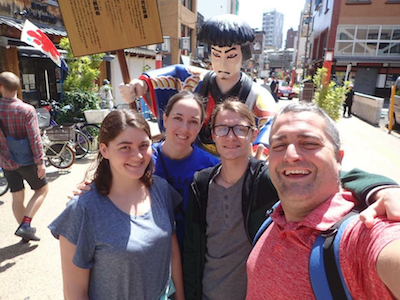 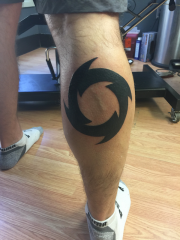 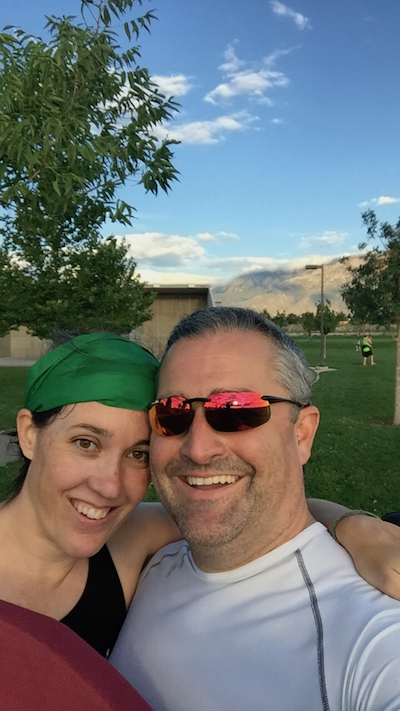