A Barony located in the Kingdom of Crystal Groves based out of Brecknock Park, in the mundane Location of Camden, Delaware. 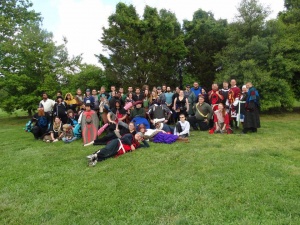 Founded December 8th 2007, after Shogun Jynx Mercades and Lady Tajsen Quintessa moved due to mundane reasons from The Shire of The Shining Dogs, formerly Shire of Heaven's Abyss. After much struggling to get the time and place down to a science, the duo have since forged ahead, to a grouping of roughly 73 people or so. Despite the large numbers, only 20-35 people show up to the park on any given sunday at Brecknock Park. Currently a sub-group to the Kingdom of Crystal Groves, it seems there is promise for a home for this rag-tag group of individuals. A semi-stick park, Bandit Flats East promises to be the home for many a future day running around and hitting one another. 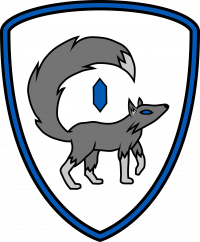 Daily park days will be held at Brecknock Park, Delaware every Sunday from noon, till everyone gets sick of hitting each other. We're well noted for our beloved hospitality, and our friendly people. We're closing in on Duchy numbers fast. More people out there, more fun. Stop by sometime, you'd be surprised what can come out of a field our size.