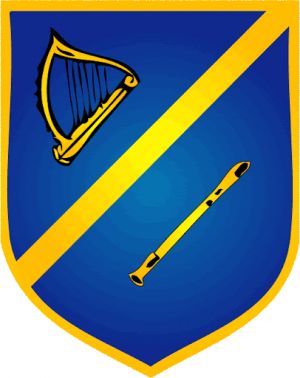 A gold harp and gold flute, crossed by a gold line, on a blue field: a common heraldry for Bards

Bard is a core class that casts magic to manipulate the enemy.

Bardic history is mostly tied in with the early oral tradition of the druids and Norse skalds. Medieval Europe does give us a case of actual singing knights, many of them female, from the independent French province of Aquitaine before it was crushed by the Papacy.

Bards may purchase five points of magic from each level. Unused points from higher levels can be rolled down to lower levels. A list of all magic purchased must be carried at all times.