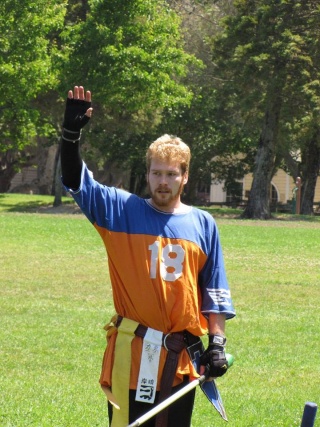 Fangus advocates his view, in his expression that there is such a thing as an eternal realm of forms or ideas, and that the greatest of the ideas and the essence of being was goodness, or the good.

CJ ("Cutz" Johnson) Joined Amtgard in early 2007 with his friend Fox. He quickly picked up the game and has become a valued member of Wavehaven. He is perhaps best know for his ability to parry anything while fighting Florentine. That or the fact that his hair is a different color for every event. In early 2017 he moved down to the Barony of Seven Sleeping Dragons who got to know his awesomeness weekly. Towards the end of the year he ended up moving back to Wavehaven where he was welcomed back with warm embraces and good whacks.

Other Accomplishments of Note 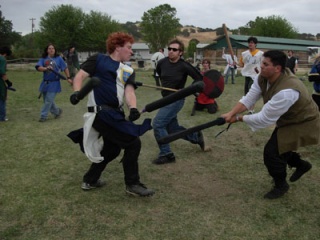