AKA "Doogan"
AKA "Doogie" (like "Howser, MD")
AKA "Dirty Hippy"
AKA "Patrick Stewart"

There is no correlation between mead and babies!

Dude .. I just got totally full-body-checked by that 8-year-old girl! -- The Doogster during a Jugging match at Siar Geata.

I know you're a woman, so I going to say this very slowly...

I'm going to remove your nipples with pliers.

How do you feel about stirrups?

So I hear you have fucked up, again. - Dourn

I don't have to roleplay power.

I feel I'm prominent enough to do my own sexin's 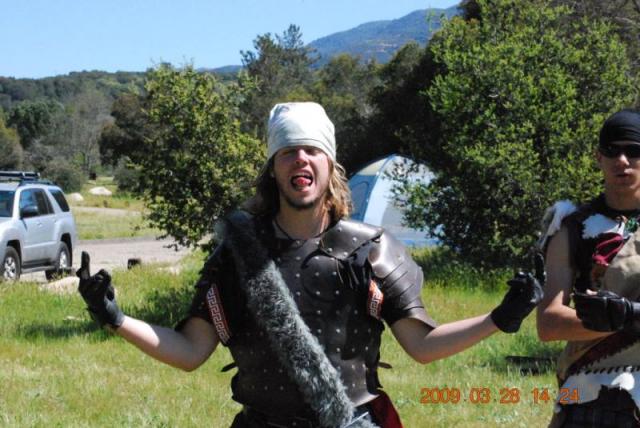 Cadogan: Rawk out with your smock out. 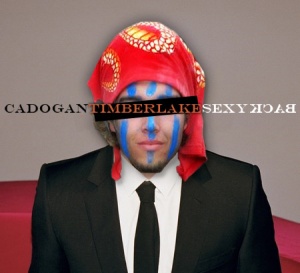 Barbarian Songs to Slay To

Cadogan first played Amtgard at the local Escondido Renaissance Fair and being of the barbarian persuasion was not smart enough to take the flier offered him. So left to his lonesome, his desire to beat on people unfulfilled he created his own group known as the Fun Noodle Fight Club or FNFC. Fast forward a year an a half and Cadogan again came out to the semi-annual Escondido Renaissance Fair and this time had the mind to approach one of the shire veterans and find our weekly meeting time and place. Henceforth Cadogan has been an active member dissolving his FNFC and putting all his effort into Amtgard.

To properly pronounce "Cadogan", one must think of Ryu's fireball-throwing-move thingy from Street Fighter: "caDOOOOGan!" Any other pronunciation is in error, despite what Cadogan himself might tell you.

Cadogan became Man at Arms to Squire Lucas The Lost in 2008. Lucas promptly assigned Cadogan some "homework": start a fighting company. Silures is the result... the first such group spawned by Siar Geata, but not the last.

Yes, THAT belted family. The OMG big one.

Prior to accepting his belt from Taly, Cadogan was Man-At-Arms to Lucas the Lost of the line of Flynn. Their separation was amicable, and motivated more by geography than anything else.