"It is important to draw wisdom from many different places." ~ Uncle Iroh, Avatar: The Last Airbender 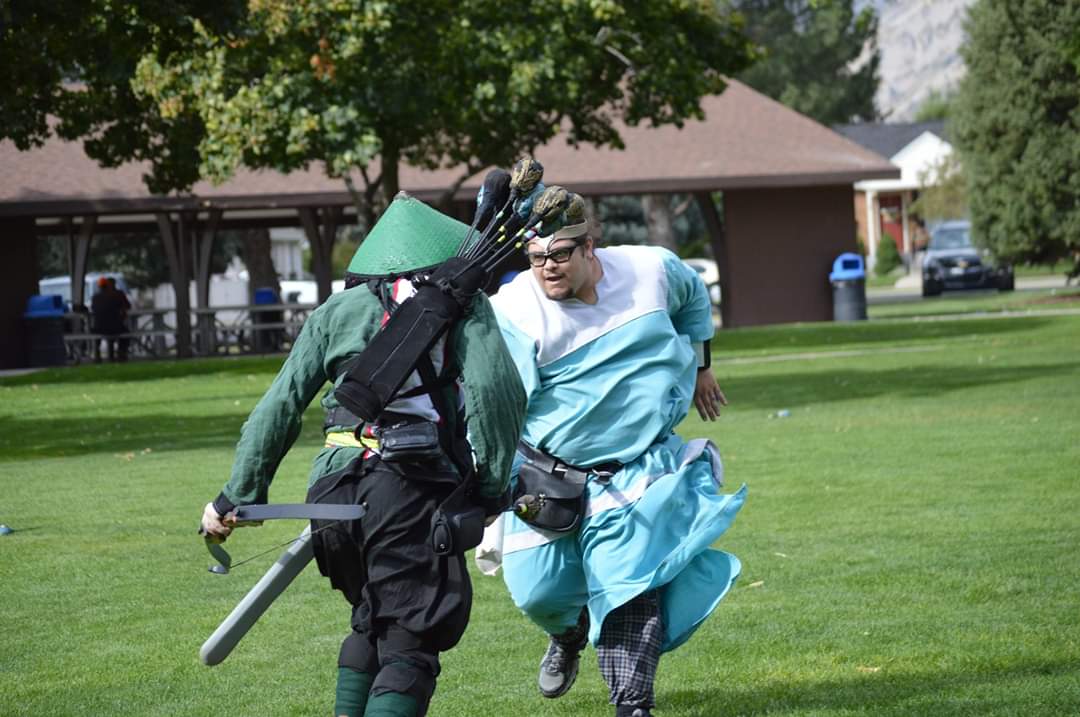 Chaco, Sept. 2019, photo by Whiskey Sama and used with permission.

Chaco began his Amtgard career in the Duchy of Pegasus Valley on March 3, 2007. His first fighting class was Warrior.

Shortly after his first visit to Pegasus Valley, the shire of Lost Souls became chartered in Chaco's hometown of Santa Fe, NM. He soon became a regular member there, serving as Heir Apparent and Guildmaster of Squires, Pages, & Men-At-Arms, twice respectively.

Eventually, Chaco moved to Orem, Utah where he now lives. On February 21, 2015, he became a regular park member of Iron Hold in the Kingdom of the Desert Winds. From here, he has served as park Monarch, park Regent, and park Champion.

Chaco is aligned with forces of the light. He is an elf who delights in his friendships.

Chaco is a member of the Argentis Draconis fighting company.

Baronet Chaco Rockhammer was initially a Page to Kyrie Eleison before becoming a Squire to Sir Shadow Silverblade.