Cheodo Kamayo of Iron Springs under the Principality of Winter's Edge, NW

”I am fairly certain that our future Prince, Lord Py, is not legally a midget...”

Plays Archer primarily and generally aims in the direction of Pahyum. During the battlegame at the Neverwinter coronation in January of 2011, he succeeded in eliminating Jarek at the end (and almost took out Xander and Cupp, but was thwarted by armor points and a slightly-faster-than-anticipated reaction time, respectively) before rejoining his team and being wiped out alongside them. Unfortunately, there is no prize for second place when you are dead and shattered.

He is also the acclaimed Bandit King of the Brotherhood of Steel(Steal) and has a beard to match his position. 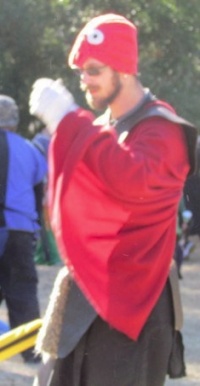 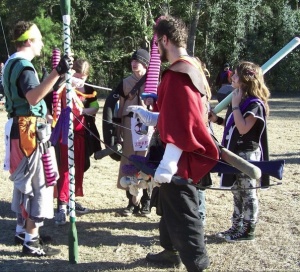