The Shire of Jupiter's Stones 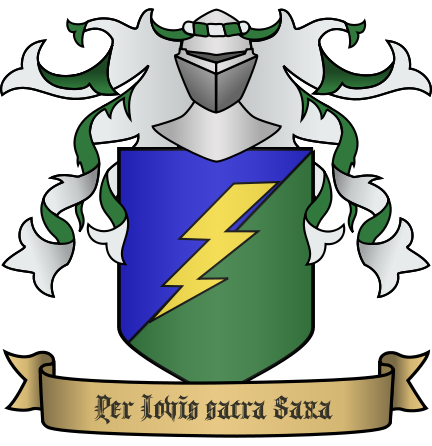 Jupiter stones resided at Tilles park (Corner of Hampton and Fyler) in St. Louis. Previously it had been located in Arnold Missouri and west county St. Louis.

Jupiter's Stones (formerly Cordis Medagar) was originally founded by Thorne and a few others looking to bring Amtgard closer to their home area of St Charles, Mo. The original Cordis crew were all long time players of the Duchy of Western Gate and had been driving across the river and all the way into south city to play the game.

Cordis has historically had a roller coaster of ups and downs with attendance and by End of 2009 it was effectively dead with members keeping it alive on name. Summer of 2010 saw Paisely attempt to revive CM by moving it to West County St Louis, but that effort was folded in September of 2010. Members of WG who live in Jefferson County and South County area of St Louis decided that rather than see Cordis die out completely, they would attempt to revive the park locally. Having a local park was attractive enough that most everyone who lives in the area made the jump to JS.

After a majority vote at the January 22nd, 2012 althing, Cordis Medagar has formally changed its name to Jupiter's Stones.

On July 22, 2017 following lagging attendance, the remaining populous held an althing and voted unanimously to fold the chapter. The $500 coffers were dispersed via a drawing for dues paid for life. They received five entries. As a result, their $500.00 coffers covered dues paid for life in the Kingdom of Tal Dagore for Avius, Roslyn, Willhelm, Fuzz, and Cannon.