A Barony of the Wetlands, located in Lake Charles, LA. 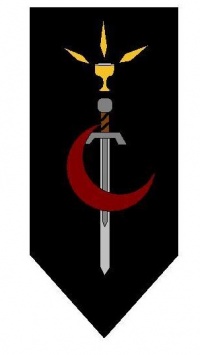 Accepted by the Wetlands in 1999, and founded by Sir Katzu and Lord Galron, Crimson Moon has seen many ups and downs, but has persisted as a staple chapter of the Kingdom of the Wetlands. Becoming a Duchy in Early 2001, the chapter maintains an average attendance of 40+, at times reaching into the 70's for long periods.

Crimson Moon continues to grow and live the dream, one weekend at a time. For a more detailed history, see Amtgard in Lake Charles.