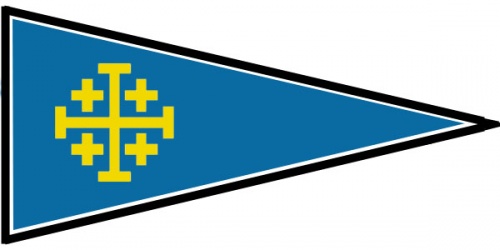 The Crusaders is a household based in Wavehaven under Westmarch. Their heraldry is based off that of the historical Crusader Kingdom of Jerusalem. Their colors are Blue and White and Gold. Their Battlecry/Proclamation is "God Wills It!" 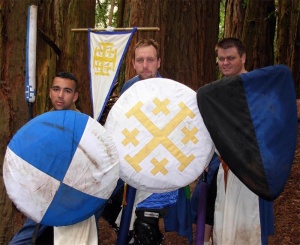 Formed in early 2007 by Baronet Laoric, Crusaders was originally called Kingdom of Jerusalem. Before its formation, there was an informal Crusaders fighting company in Wavehaven, being founded in 1999, who now loosely call themselves the Crusaders of Saint Jack. The new Crusaders number about half a dozen, and seek recruits amongst the most promising, spirited, and of course most pious of warriors. Their first Interkingdom Event was Darkshore, 2005. 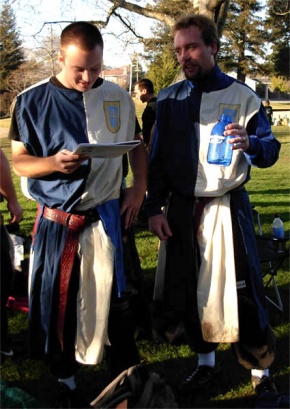 1. None other than His Majesty, the King of Jerusalem or the Lord our God may command us.

3. It is a kingdom of conscience, or nothing.

4. Our brothers lives come before our own.

5. The innocent shall be protected, and the wicked judged.

6. All men, Christian and Muslim, shall be judged not by who they are but by what they do.

7. Carry yourself with the humility of a sinner, and the pride of a Christian who is loved by God.

8. Courage before danger, loyalty before corruption, death before subjugation.

9. Honor those whose lives were given before yours.