A Shire of the Kingdom of the Rising Winds, located in East Peoria, IL. 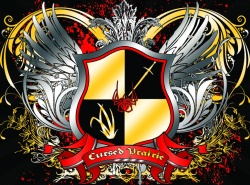 Cursed Prairie was reincarnated by Maggie O'Conner & Shinsei in 2006.

This Chapter meets on Sundays at 2pm at the following locations:

Cursed Prairie never really took hold in Peoria and finally died off in 2004 (not quite sure when valkyrja finally gave up). In the fall of 2006, Maggie and Shinsei moved to Peoria and wanted to start up a park. Cursed Prairie was reborn and finally had some success. In theory, the old records from before the park's collapse years ago still exist somewhere, but nobody is sure where they are.

As of November 2007 Cursed Prairie is a Shire. Former residents of Forsaken Lakes have started to migrate to Cursed Prairie as well, so far claiming at least Tenshi, Sraw, Sir Liam Mc'Oi, Syrus, THOC, T-FOC, Ronin, Shinsei & Kaio. Some of these players have moved on since then.

We also kept records for Elemental Fields until they got a solid foundation in securing a park & ORK entry.

Cursed Prairie is home to multiple households in Amtgard. The two most prominent ones are listed below.
The Order of the Dying Light: A small household based on the principles of fighting & training with reach weapons.
&
House Misty Hollow: A growing household for the outcasts of Amtgard. Mercenaries, thieves, fey-folk alike, all are welcome here. 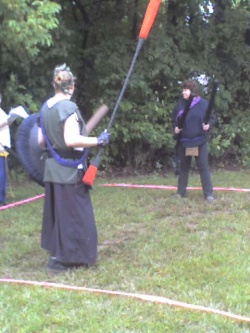 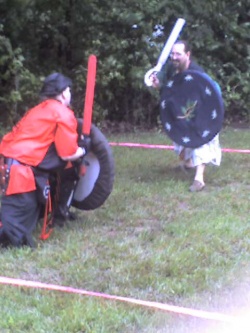 Check out our Role-Playing Forums at: