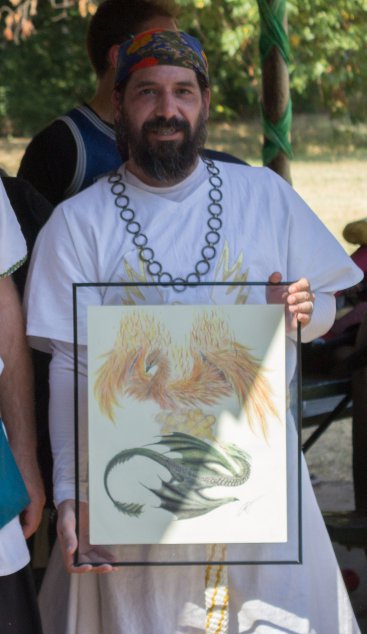 A member of the Emerald Hills, he plays at Eagleshire. Tigger was one of the original founding three members of Gryphons Rage. Along with TuK! and Eep! they formed the company because they wanted a home of their own in the social strata that makes up Amtgard. He remained with the company for a total of five years until 2003. He then became a member of the Green Dragons. Tigger is a pillar of the Amtgard community, and has already served one reign as monarch of the Emerald Hills with many more to come.