"Oh, he's a Warlord? Ooh!" *Lines up against. Promptly dies before realizing what happened*

”I wanna fight the Knight!” *Dies* 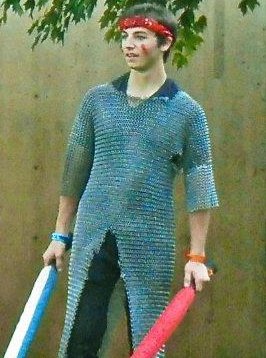 Played by Amtgard ditch rules long before actually joining the game, Dee showed up to Annwyn's first field in January 2012, and has been enjoying both fighting and roleplaying ever since.

Petitioned the Crimson Guard at Great Eastern (GE) of May 2012, and became a full member at Fury later that year.