Duke Sir Downfall Obsidyn, of Sunfire Valley, in the Kingdom of Westmarch

"They don't ditch when they swing foam. I know that last sentence didn't seem to make sense; you might have to read it slowly. NO DI-TCH-ING. We actually do that... you know... role playing stuff..." - Staccatto describes a lesser boffur LARP to Downfall. 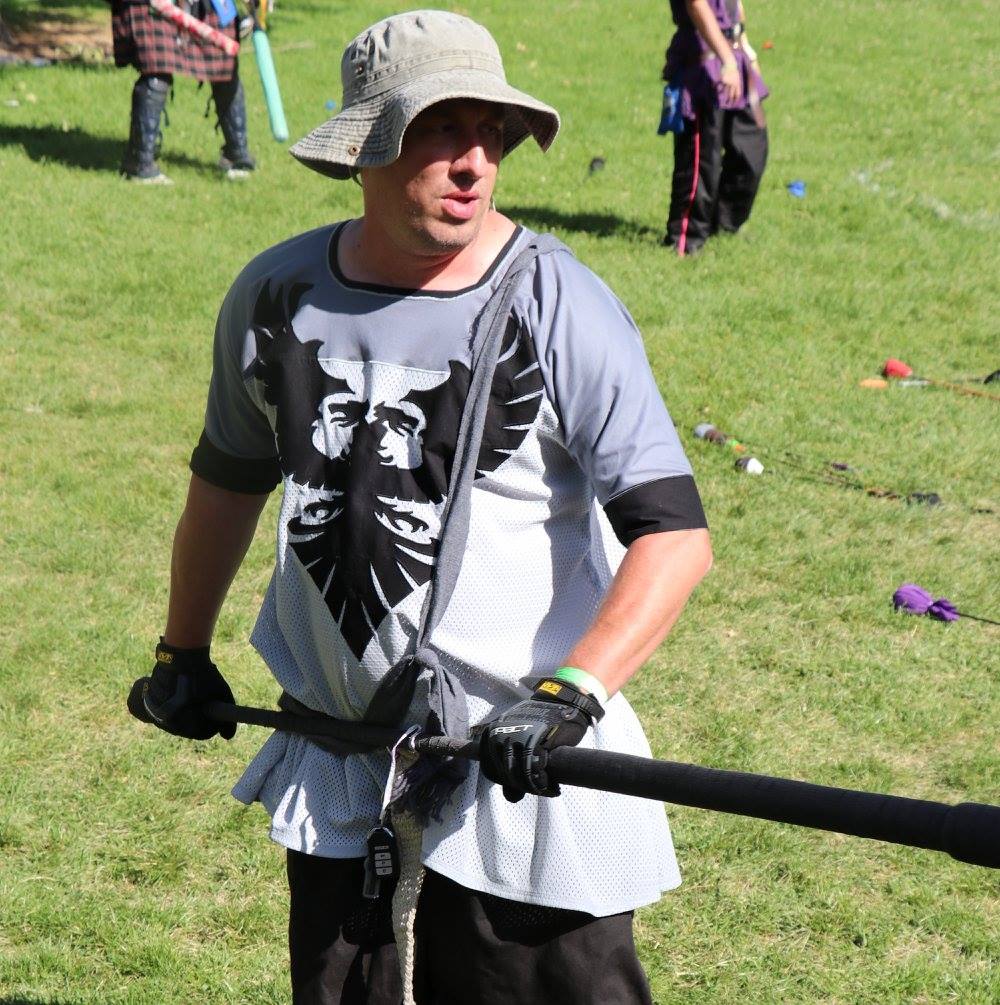 Downfall joined Amtgard in 1996 as one of the first members of the Inland Ocean. While he is known for his loud and jovial demeanor on the ditching field, he has been known as one of the more well traveled politicians in the Northwest. Downfall has served in leadership positions in the Kingdom of the Mystic Seas, Duchy of the Shrouding Mists, as well as in his home of Inland Ocean. He was one of the original authors and architects of the Principality of the Northern Lights, as well as it's first Prince.

In 2014 he moved to Southern California and became an active member in the Kingdom of Westmarch. Currently he is assisting in the revival of the Los Angeles park, Sunfire Valley.

Downfall was originally a Man at Arms to Warlord Sir Sho Obsidyn. He later became a Squire to Sir Talon Starchaser. While not a member of either belted line at the time of his knighting, both were important and meaningful parts of his Amtgard career. 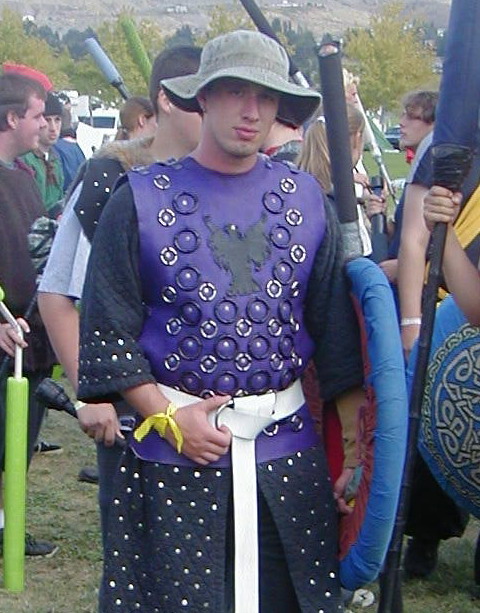 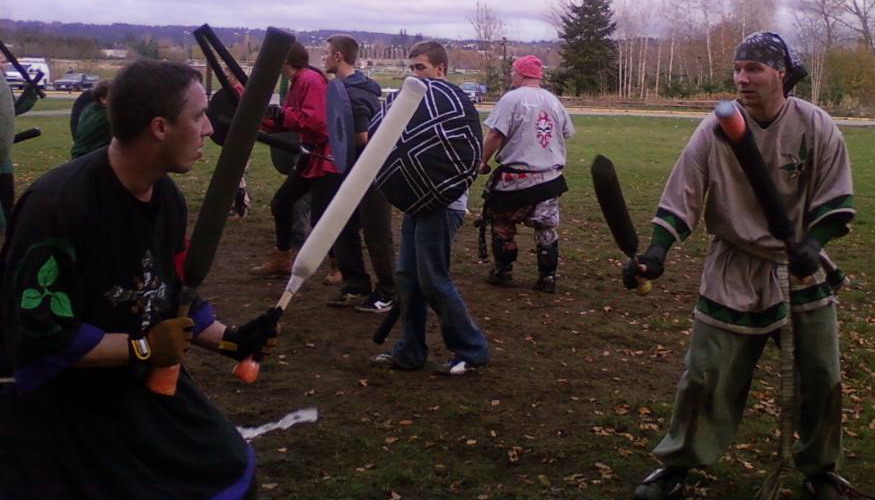