Lord Squire Ecthelion, of the Shire of Eldamar, in the Kingdom of Goldenvale

”For Justice!”
"Ecthelion is the 'Mumen Rider, Champion of Justice' of Amtgard" - Sir Colt Mortemanus 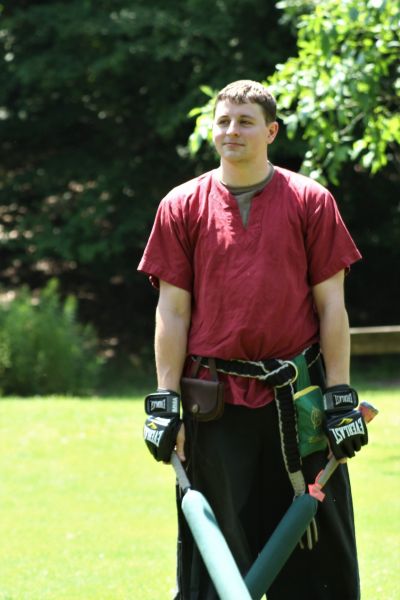 After starting Amtgard in the Barony of Haranshire many many moons ago on the quad at ESF, Ecthelion became a mainstay in the Kingdom of Goldenvale. After graduating, his love of questing and adventuring led him and Birch to starting up the wonderful park of Eldamar in Saratoga, NY. Nowadays, he can be found championing justice and protecting the citizens from all forms of evil shadows cast by ne'er do wells. Onward, Citizen! For justice, glory, and many long bike rides! A hero's work is never done!