A shire of the Kingdom of Neverwinter, located in Hinesville, Georgia 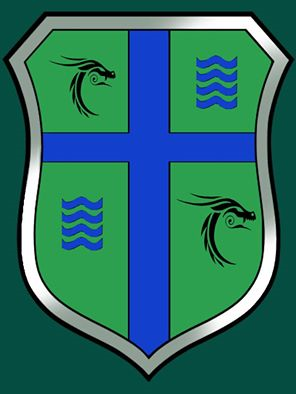 Emerald Cove was founded in August of 2014 by James VanDyke, Akursya VanDyke, and Frykt Fate. Joined The Kingdom of Neverwinter on January 31st 2015. Emerald Cove was a chapter that started in savannah ga, but moved to hinesville ga and bloomed fast having a average of 21 people. With in a years time of the birth of Emerald Cove we have had titles awarded to our members and members reaching goals like 6th level in classes.

Emerald Cove is a place where sleeping beasts known as Dragons feed on the flesh of fallen hero's. Hero's are Grown from the Tree of Power. We post the heads of the dragon's to warn our fellow neighbors to stay out and away for one must be strong, wise, cunning, and all traits to be a hero to survive in these parts of the Kingdom of Neverwinter.

Located in Hinesville GA at Johnnie Frazer Park. Take midway exit on I-95 continue to Hinesville, turn right on general screven (4th light once you enter Hinesville), Turn left on south main st ( First light after turning on General Screven) follow out till you hit the park on your left hand side.

Ork 3 is a site used to keep track of everyone's credits and awards, also to keep records up to date and is a easy tool for Kingdom level officers to check on there parks. The site for this park is http://amtgard.com/ork/orkui/index.php?Route=Park/index/630