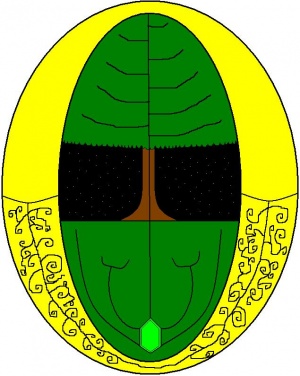 Note: Demo version of Heraldry, may change in the future!

Emerald Grove was Founded by two people, Gigantes and Kalene. Gigantes was motivated to have more Amtgard activities, but going once a week did not fit his wants. So he began to research on how he can play Amtgard on another day, and to help extend his current kingdom. So he asked his brother, Orin Bearlord, and Kalene to find a name. Kalene came up with the name Emerald Grove, and so forth was known as "Shire of Emerald Grove." Gigantes charged Orin with the creation of the Park's website and Heraldry. Now the park plays every Saturday at the West DeRidder National Park.

The Shire of Emerald Grove did not last long due to the lack of support and incoming players.

EG is located at Park Rd, between the line of stores, the base ball fields and Ryan's. Mostly gathered near the highway and Tennis court (Mostly at the Gazebo). If you need specific instructions, you may contact Orin via Email or cell phone, if you ask in the email. (More acceptable directions will be given Once Orin figures out the exact address the Park gives out of 5 given locations.)