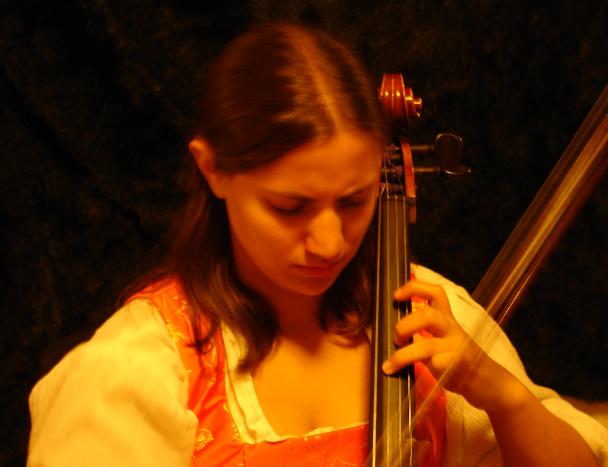 Baroness Rhapsody joined Astral Winds in November of 2000. She has served as Monarch, Regent, Champion, GMR and several Guild Master positions in that time.

She has attended the Gathering of the Clans, Rakis and Spring War Inter-Kingdom events.

She also rocks the cello.

Baroness Rhapsody has one page: Kian