Dame Evelyn of The Crossroads, Freehold. 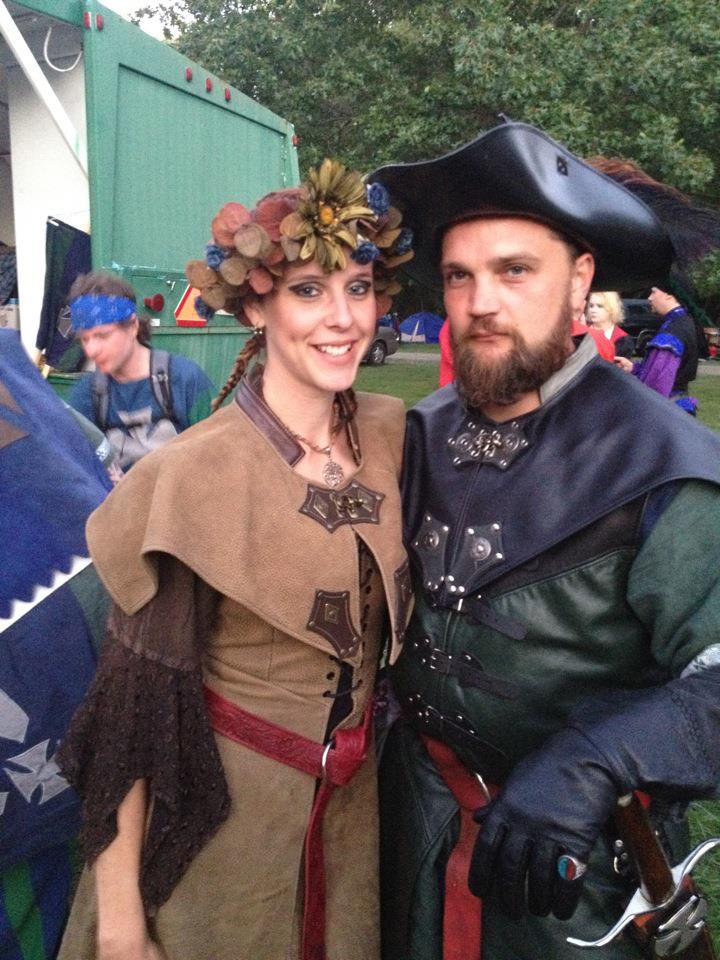 After being a high skeptic of Amtgard, it finally grew on her and Eve began playing Amtgard at The Frostlands in Oshkosh, WI during January 2008. She became recognized at kingdom events because of her unique throwing ability. She was recruited into her first fighting company, Dark Harvest in March 2009. Unfortunately Dark Harvest had fallen, but she still loves to wear the orange and black company colours. In March 2011 she was picked up by Frenzy United and played with them until May 2012. She currently is a soldier in Ferrum Crux.