a Household from the Rising Winds, based out of Phoenix Tears in Springfield, IL.

The Free Merchants are a household of mercenaries, con-men (and women), wheelers and dealers, thugs, pillagers, raiders, and other such lovely people. Our nautical theme may make us appear as pirates to some, but we prefer the term "Preemptive Salvagers".

Also known in the Rising Winds as "That Pirate Camp that feeds everyone," the FreeMerchants formed basically on a whim when a few PTers decided to build a field legal ship (The one at Discord '06 and a couple RW events). We then decided to make it a house to help out newbies at our park, and the thing just exploded. 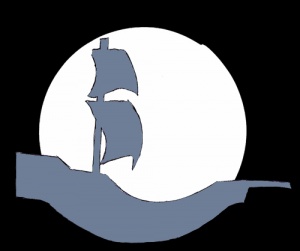 This list will be updated more over the next few weeks. We're in the middle of restructuring. -Cormac