Baron Sir Furball Tigris, Shire of Stormwall, in the Kingdom of the Wetlands 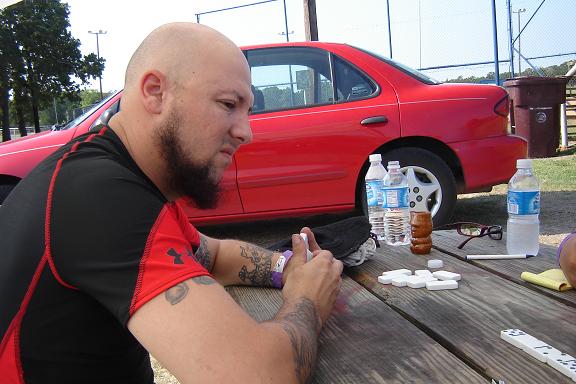 Began playing Amtgard in the mid 90's after being introduced to it by Sir Slyddur. In 1998, took a hiatus to enlist in the U.S. Marine Corps. In 2003, after being discharged from duty following service in Iraq, began playing again in Stormwall, where his career started. Commonly gets "volun-told" to run for provincial offices when few candidates are willing to step up. In the winter of 2011, Furball assisted Sir Lego and Squire Lazarus in forming Direwolf Marsh, but mundane drama caused the park to fold just over a year later. In 2013, Stormwall was reborn, and it was here that Furball found himself again in a role of leadership.

was Squired to Sir Horus of Elam before becoming a Knight of the Flame in 2014.

Walker Of The Middle awarded by King Erin Forsaken, 2014.

Knight of the Flame given by the Wetlands Circle of Knights during the reign of King Harold of the Wetlands September 2014.

1x Champion of the Duchy of Stormwall.