The Kingdom of Golden Plains 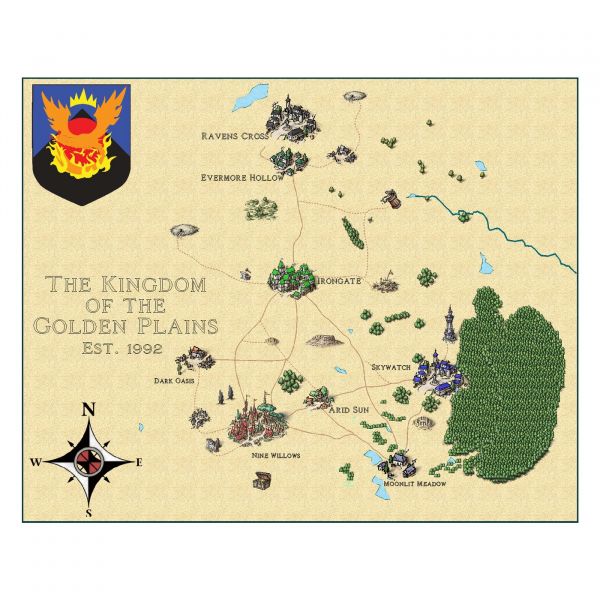 The Kingdom of the Golden Plains was founded as a Shire of the Emerald Hills in Amarillo, Texas, in 1988. It quickly attained status as a Barony on March 11, 1989 and in 1992 the Golden Plains became the fifth Amtgard Kingdom (one month before the Iron Mountains). Over the years the Kingdom added provinces along west Texas as well as eastern New Mexico. The Kingdom consists of a varied populace involved in many different aspects of the game. Previously a static crown monarchy, the majority of the kingdom populace voted for Golden Plains to become a floating crown in early 2010. In June 2011, the former crown lands seceded and became a freehold and later a shire of the Burning Lands. The Duchy of Irongate was then soon established as the new kingdom seat due to its central location for althings and events.