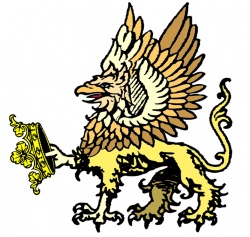 Goldenvale is the ninth Amtgard Kingdom, founded in Nashua, New Hampshire, in 1991 by Amren the Tall. He was its first Monarch after acheiving Kingdom status in 1995. It was the first kingdom to be founded east of the Mississippi River. It is transitioning to a floating crown, having started so in August 2014, and has a large number of sponsored groups throughout the eastern United States and Canada.