"Put on a shirt, ya damn hippie!" *pow* --Madame Bon Derriere
"Tomorrow, I'm going to go home and get wood."
"That's how I met Doogan." While referring to the song "Date Rape" by Sublime

Dragged out by Cadooogan. A former member of 'Dooogan's Fun Noodle Fight Club. Known for various achievements such as bringing massive quantities of mattress quilting to the field intended for making armor (including a specially-decorated set for Woodstock) and making a madu with a Boy Scout neckerchief cover for the shield portion, as well as for his intense aversion to wearing closed shirts on the field. 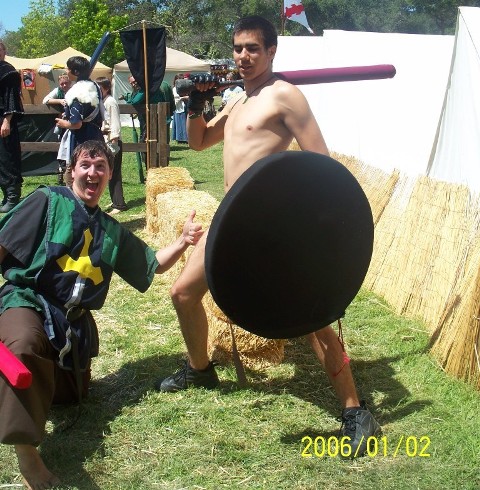