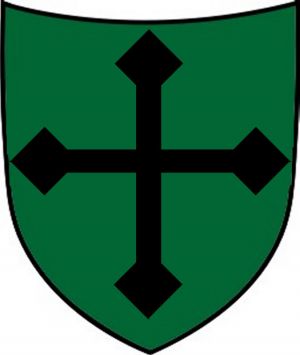 This Chapter was the rebirth of a Defunct group known as Blackrock Hills. This group started back up in late August 2008 with only 5 members. They joined the Principality of Winter's Edge under Neverwinter in October 2008. Barony status was awarded to the group at Winters Edge Coronation on October 17th, 2009 by Prince Bunch. The chapter has since left Winter's Edge and joined Crystal Groves. UPDATE: As of 2012 the chapter was defunct and the members of Green Water Valley now play at Maverick Goose in Nitro, West Virginia.

You can E-mail Jax Arkain at (inferies@yahoo.com
The chapter met on Saturdays at 1pm in Joplin Park, South Charleston WV. Take Interstate 64/77 to exit #99 Greenbrier Street. Turn left at the light onto Greenbrier Street. Stay on Greenbrier and turn left at light on to Coonskin Drive, (there will be a Go-Mart at intersection). Go straight until you enter Coonskin Park and then look for the Amtgard sign.

NO ORK3 record yet