Squire Halvor "Horati" Oman, of the Barony of Wymzee Dayle, Kingdom of the Desert Winds

”Love above all things.” -Halvor

Halvor began his Amtgard life on April 11, 2014 under the persona "Horati" and played the Barbarian class exclusively until recently.

Halvor is a Norseman who has lived far longer than what seems natural to most men. His history is shrouded in Mystery to most.

As the tales go, his parents were a human father and a frost giant mother. He grew up human, after his mother was killed.

As he grew, his strength and knowledge grew exponentially. He studied all about the gods and how they influence man.

As he felt distant from others, he lived on his own island. He would interact with others only when needed and left the area with a sense of calm and comfort. 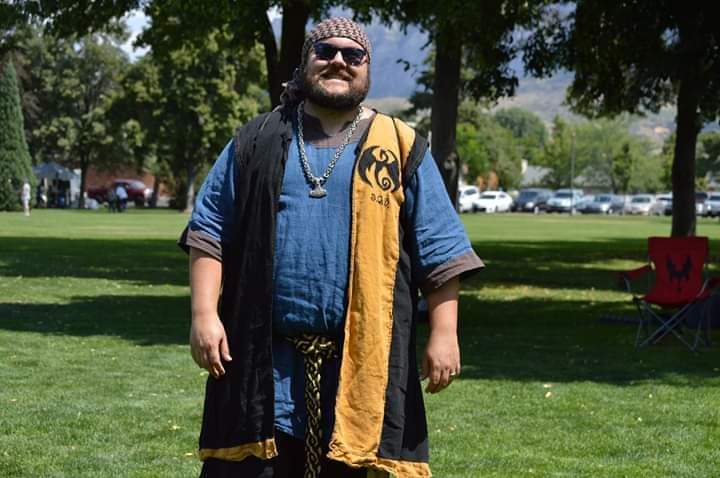