a barony under the Principality of Viridian Outlands in the Kingdom of Blackspire, located in Wenatachee, WA. 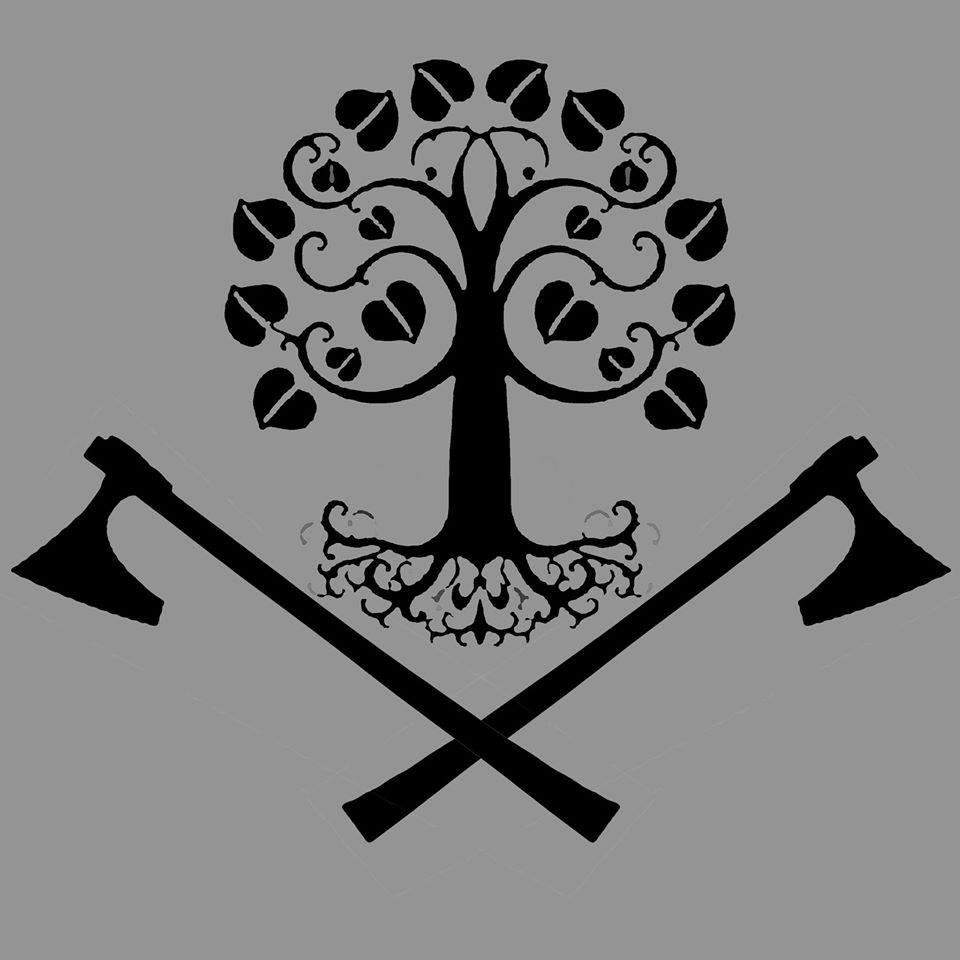 In orchards abundant we stand.

Hermit's Hold was first concieved in the winter of 2005 by Cricket (the Hermit) and his friends from the Shire of Sacred Winds in Ellensburg, WA. They agreed that Wenatchee was both a good sized city for an Amtgard group and being centrally located between the coast and the interior of the state was a big plus. Cricket started slowly, trying to attract people to join by wearing garb and shooting Amtgard Archery targets in the park each week. A few times, visitors from other lands would stop in. A contingent from Sacred Winds, led by Gryffin, and a pilgrimage from the Duchy of Stormhaven led by Master Blackthorn came several times. It was seeing these larger groups that actually drew in the most people. Lunar Fox and then Xiphius were two of the first regulars to show up each week. As of Spring 2005, we had a good, but small, group with 4-5 people but grew rapidly to the Barony it is today.

Cricket was a member of the Washington National Guard and was called to do a tour of duty in Iraq. Xiphius showed great interest in helping the group flourish so before Cricket left, he instructed Xiphius in the bare essentials of how to keep the group going and growing, and how to get officially recognized as a Shire. Cricket suggested incorporating as a land under the Grand Duchy of Stormhaven, as they would soon be petitioning for kingdom status and are also easier to travel to than the groups on the coast. During 2006, the group exploded with much larger numbers, led by Xiphius and assisted by Lucretius, and was able to attain Baronial status. They began scheduling official events, organized visits to other lands, and attracting even more people. One of the ways in which he did this was to advertise, primarily but not exclusively, to teen-agers and advertising Amtgard as a family friendly environment where parents can play like kids, with their kids.

The Barony of Hermit's Hold is still going strong as of the summer of 2009. We are averaging 35 people every weekend. We have one scheduled fighter practice during the week. Our main goals now are helping our parent group, Stormhaven, attain their kingdom status; continuing to increase our own numbers in order to eventually attain Duchy status; and set up our own, annual Hermits Hold campout event.

In 2019 Hermit's Hold is still a small park going strong and Chricket has returned! There is always a few people at the park on Sundays and we attend many renaissance fairs and events. New players are always welcome!

Sundays at noon, at Washington park by the picnic tables. From the north, follow the main road into town and bear to the right when the road starts to broaden. You will find yourself on Miller St. Follow it until you see washington street. Turn right onto washington and the park is right there. From the South, you will enter East wenatchee go across the bridge and take the exit to the right onto wenatchee ave. Follow it until fifth street, turn left on fifth street. Follow it up and you will see a safeway on the right, turn left onto miller st. and follow it until you see washington st. turn right and the park is there on the left.