The Barony of High Oasis in the Kingdom of Dragonspine, located in Encanto park, Phoenix, AZ. This park is now called Sun's Haven. 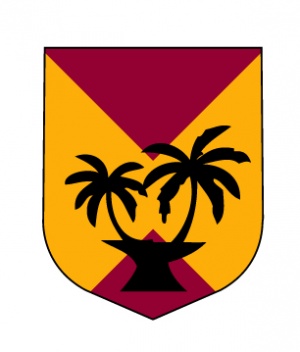 High Oasis was formed in Sept of 2006 by Sirs Kudzu and Pollux after Ardent Sands was killed off. The old name and park were a stigma that was felt would keep people away. Loka Honna got tired of updating their trailmaps with all of the name changes that have taken place in this area, so they just dubbed the land with their own name, Sun's Anvil. They later offered their services to deliver the official contract to the king in DS, as there had been some difficulties previously. It seems that somehow in the process of the delivery to King Randall there was some kind of misunderstanding, no one who was involved is talking though, and His Highness seems to believe that Sun's Anvil is the actual name of what he has called "our beloved Royal Shire."

Changed their name to Sun's Haven in April 2015

As of an Allthing Vote on 8/2/2012 High Oasis will be meeting at Encanto Park in Phoenix on Saturday Starting @ 3pm. We are on your right hand side as you enter the park parking lot.