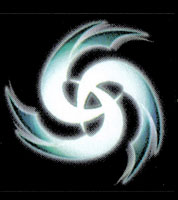 In 2010 following a molestation incident followed by political drama in the then Barony of Obsidian Hills, Sill and Darkheart departed that group to form Icewind. The group soon grew to about 12 players. Unfortunately Obsidian Hills bocked the group's petition to the Rising Winds and subsequently campaigned successfully to convince much of the populous of Icewind to merge with them. Following this and more drama Darkheart stepped aside and Smash took up the reigns of Icewind. The group soon crumbled and when champion, the champion, Envy Woodheart, had to move away to deal with family issues. In the summer of 2012 some former players of the chapter began discussing reforming the group with plans to start playing again in August.