Woman-at-Arms Iyra Greycat Iceni the Mechanical, of the Duchy of the Iron Mountains

After being threatened to be stabbed by a mechanical pencil: "You look like a penguin." —Kota "I'm a puma, not a penguin!!!" —Iyra

Speaking to Brennon: "This is one person whose Amtgard dreams I don't think you can crush. And that's not a challenge, so please don't try!" —Grix

To Bamm: "I love you! I would do anything for you!" —Iyra "No one feels that way about me!" —Bamm "That's bullsh**! You know that that's what it means to be a Wolf, right? You have about a million brothers and sisters who love you and would do anything for you." —Iyra "You have such a big heart. Unfortunately, being a Wolf doesn't mean the same thing to everyone as it does to you. We need more people like you in the company." —Bamm

"You know, every time I've walked by you this weekend, you've been telling someone that you love them." —Loup 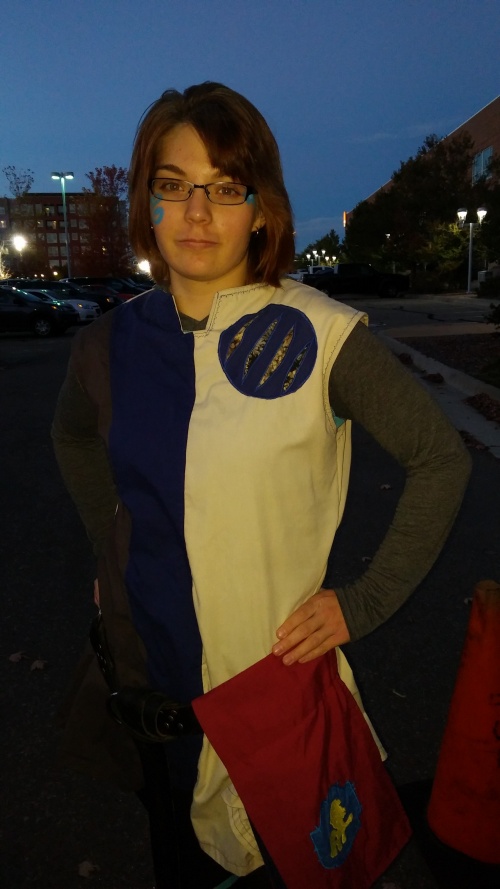 Iyra is one of the generation of "born" Amtgarders as the daughter of Maldread (thus the reason why she had previously adopted the surname of Bloodfangs). She also has a little brother, Infernape. In spite of being Mal's daughter, she's mostly an event junkie and A&S fiend who enjoys the social aspects of Amtgard. Iyra is working on becoming a more skilled fighter but, honestly, is more likely to be found chatting, glomping unsuspecting Amtgarders, or singing than haunting the ditch field . . . especially after the event of her knee injury (which is listed in the Wolf histories as "Pumyra busticates her leg and it wasn't during the hunt!").

A Cat of Many Names 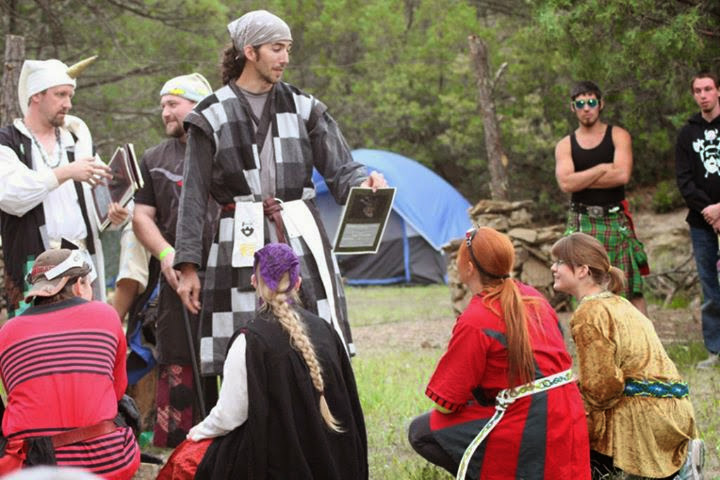 Above: Iyra (far right, gold tunic) receiving her first-ever Amtgard award, a Dragon, for winning 2nd place in the Rakis 2012 Best of the Best competition