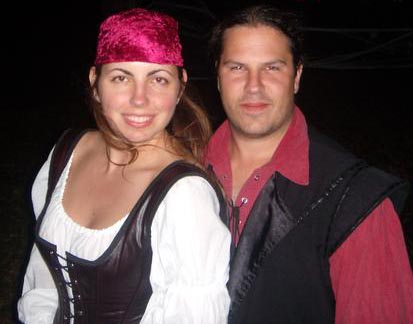 Kaesha began playing Amtgard in November 1998. She showed great aptitude for the Arts and Sciences right from the start, showing up in garb on her first day. Since then, she has earned the title of Dragonmaster multiple times and earned her Master Dragon. More than once referred to as the 'Orphan Squire,' Kaesha continues to excel at garbing, and is branching out into the realm of leatherworking.