Kaima Moonfury, of the Duchy of the Ivory Tower, under the Kingdom of Rivermoor 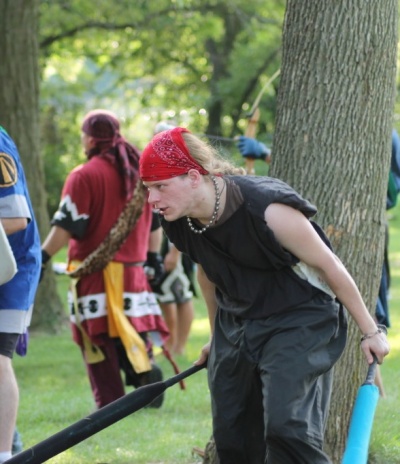 ”You're the best example of a Master Barbarian I've seen.” - Random Amtgarder from Gehenna Plains.
by Jehendon Summer Trials 2013

Kaima Moonfury started Amtgard in the (then) Shire of the Ivory Tower, in September of 2005, after hearing Bjorn, and Matosai talk about how awesome it was. He was instantly hooked. In the past, he has had a reputation of having anger issues, but he has mellowed out significantly over the years, and now can often be seen serving the park in multiple ways, such as teaching new members, reeving, and helping to set up battle-games. He is a top-notch florentine fighter within the park, and rarely fights with any other style. His favorite class is Barbarian, of which he is a Master Barbarian.

Kaima never uses a shield. Even though he isn't terrible with one. 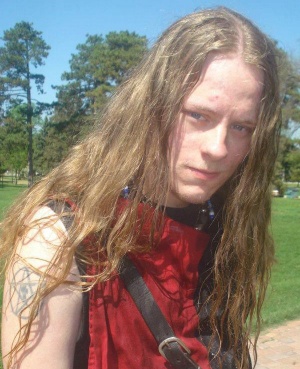