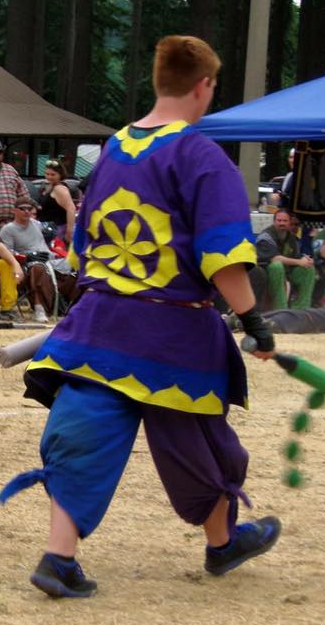 Kalzar started playing Amtgard in 2009 in Silvermoon. Some time after he started people started calling him Soulless because of his red hair. He decided to go with the name and have it be Kalzar Soulless. He became a squire in 2013 to Sir Jupiter. He joined Black Company in 2011. He left Black company and joined the Harbingers in 2013. At Pacwar 2014, due to Jupiter leaving Amtgard, Kalzar became squired to Saint Uriel Octavius.