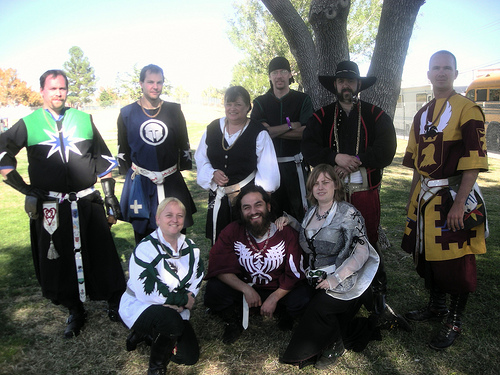 In Amtgard, even though the title of knight ranks low on the Order of Precedence, it is probably the most honored and sought after achievement in the game. Knighthood is not for everyone, and only some are elevated to that level. Even fewer achieve more than one belt, there are only a handful that have earned all five. Each kingdom has it's own traditions and requirements for an individual to be honored with the title of Knight. The Wetlands, for instance, the power to grant knighthood rests not with the Monarch but with the Circle of Knights.A listing of the first knights of each kingdom can be found here.