”Damn that is one tall lanky mother fucker!” 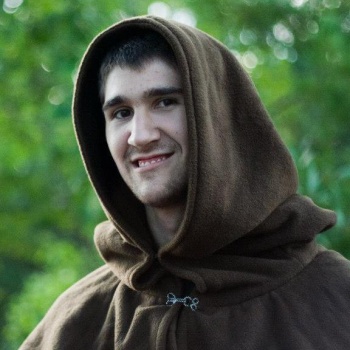 Started playing Amtgard in February of 2012 when Lord Lofold created the shire of Annwyn. Laharal has enjoyed ditching along with the extensive traveling he has done ever since he began playing. Due to how tall he is Laharal was given the non-noble title of Yankee Lanky from Ritari as a request from Saint Cedar during one of their trips to visit twilight peak. Laharal began petitioning the Crimson Guard during his trip up to Battle of the Dens (2012). Laharal hopes to get better with his swordplay and hopes to be known as a decent pole fighter.