As of today, July 19, 2017, Robbie Starks, aka Laoric, is suspended indefinitely from participating in all functions relating to Westmarch or Amtgard for violating section 3 of the Code of Conduct. This suspension activates the interkindgom treaty. 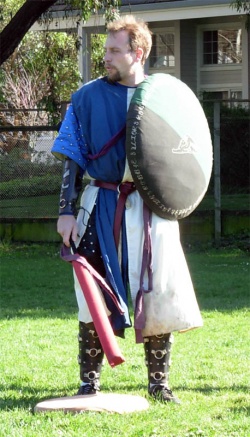 Joined Wavehaven in 1997. Founder and Captain of the Crusaders household. Member of the Wavehaven Monarchy more often than not. Moved to Seven Sleeping Dragons in March of 2008. Moved back to Wavehaven in 2010. Moved to Idaho in 2011(?) and joined Serpent Valley.

Baronet Given by Duke Scorch in 2000.

Laoric was made Squire to Sir Blackthorne in 2001. The belt was honorably returned in May, 2010.