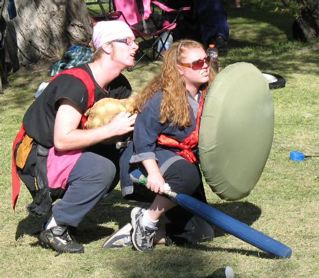 Lireal is a member of the Duchy of Rivers End, within the Principality of the Desert Winds, within the Empire of the Iron Mountains. She is married to Marquis Ceowulf, and her brother-in-law is Lord Cuthred, both of the Rivers End. 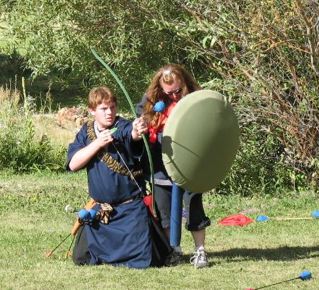 Chour and Lireal, DBW V, first time I ever healed anyone, and yes, I was reading the spell. 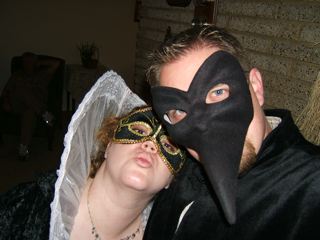