On March 25, 2008 - Kaiser Sir Morgan Ironwolf decided to pull the contract between Mourningwood Glen and the Emerald Hills.

A letter detailing the reasons for termination will be sent by the Emerald Hills B.O.D. pursuant to the Termination of Agreement clause of the Established Park Agreement/Contract signed and executed on August 11, 2007. When Mourningwood Glen is willing to work within the rules of the Kingdom of the Emerald Hills we will be more than glad to talk with them about petitioning status again.

Feel free to email me privately if you have any questions.
Kaiser Sir Morgan Ironwolf 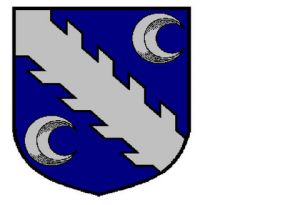 Spring War: Academy of Wars the largest Amtgard event, was hosted by the Celestial Kingdom in Giddings, Texas. The attendance topped last year's event and approached the 2006 total; reaching, at the last available count, the 640s. People traveled from all over the Amtworld to attend, with the longest traveling delegation coming from Alaska's and Dragonspine's Astral Winds. Many previously inactive notables were present including Ivar Nefarious and Skippy. Some, like Michael were greatly missed. Thanks go out to the group that made the trip down from the Frostlands; who despite their long drive to the event were seen helping out where ever they could.

The majority of the planned battles came off well, with the possible exception of the Raid on Tortuga. Mass spells and Water rules were used in a combination with pvc boats and a Kraken, which lead to a lot of confusion. This particular battlegame was saved by Raven Harkkonen's near perfect portrayal of Jack Sparrow, even in retreat.

Jugging this year, while without last year's brawls, was filled with what can only be called conduct unbecoming. Many red cards were given, one notably to Weasel for punting the dog skull, despite the fact that the move was illegal and that he that he was already dead.

Tourneys were one by those you'd expect, Oznog taking the Robin hood tourney. Wench won the 20th annual Queen of the Hill tourney with a streak of 14, and most people agreed that tourney itself was not nearly as bad as last year. Sparhawk was the victor of the Tri-wizard Tourney, and was named the Flurb of the year as a result.

This was a big year for Knightings at SW, with three first belts being given and one second. The Celestial Kingdom ninja Knighted Lynae and Chango, each in the order of the Flame. Each of them were knighted in part because of the work they had put into previous Spring Wars. The Wetlands also created two Knights, Zane our newest Serpent Knight and they granted Slyddur his Crown Belt. Crown would have been his original order of Knighthood in 1998, if not for a last second switch to Flame.

In the end no major injuries were reported, and no yet known brawls, and most seem to have had a good time. So thank you from Spring War, and we hope to see you next year!

Amtgarders in the Mundane News 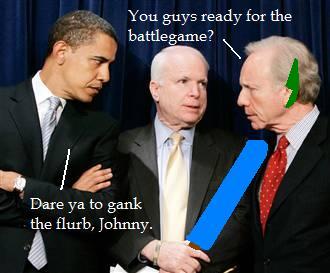